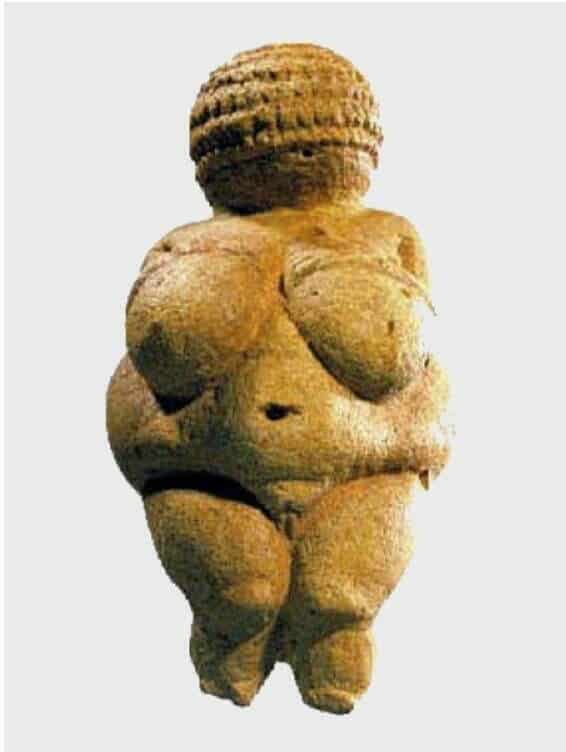 The Goddess of Willendorf

​The Goddess of Willendorf, great-bellied giver of life and great-breasted source of nourishment, was also called the Venus of Willendorf.

Discovered in Austria by archeologists, this little statue is both one of the earliest depiction (estimated to be around 25,000 BCE) of the human form and the religious image of the Mother Goddess in all her raw and fertile splendor.

Art historians debate the sophistication of her detail, her unknowable face, the dynamism of her braided hair, and her profoundly regal posture.

According to one scholar, the Goddess of Willendorf “exhibits… a physical and sexual self that seems unrestrained, unfettered by cultural taboos and social conventions. She is an image of “natural” femaleness, of uninhibited female power, which “civilization,”  later sought to curtail and bring under control, .as seen in in the statues of the classical Venus,